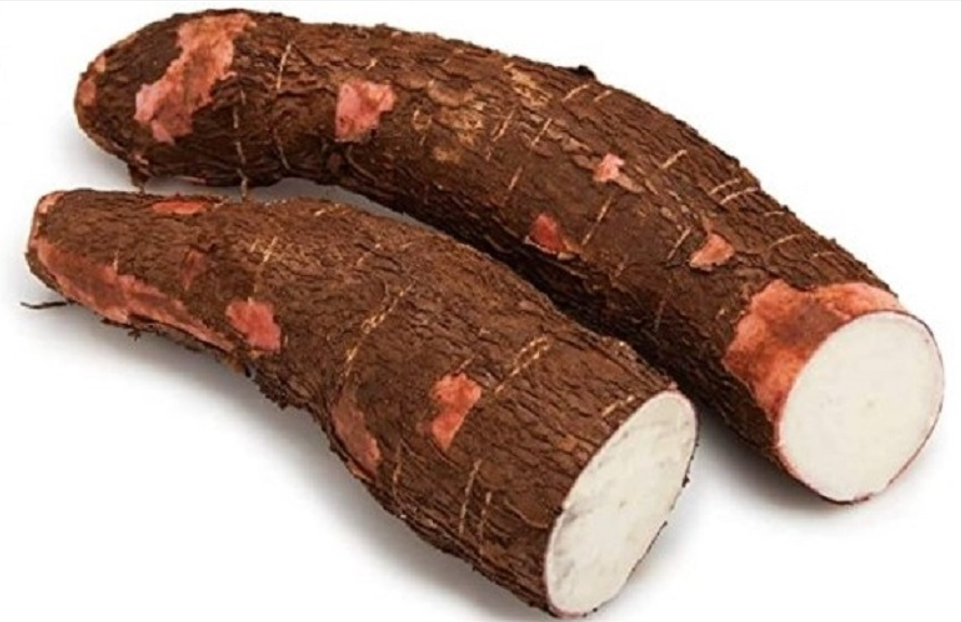 Cassava is one of the most important crops in Nigeria. It is the most widely cultivated crop in the southern part of the country in terms of area devoted to it and the number of farmers growing it. Indeed, it is grown by almost every household. Cassava has also increased in importance in the Middle Belt in recent years. In all places, cassava has become very popular as a food and cash crop and is fast replacing yam and other traditional staples of the area. About half a billion people all around the globe consume this vegetable root which grows in marginal soils. It’s rich in carbohydrates, calcium, and vitamin C but deficient in protein and other nutrients.

Cassava is important, not only as a food crop but even more so as a major source of income for rural households. Nigeria is currently the largest producer of cassava in the world with an annual production of over 34 million tonnes of tuberous roots. Cassava is largely consumed in many processed forms in Nigeria. Its use in the industry and livestock feed is well known but is gradually increasing, especially as import substitution becomes prominent in the industrial sector of the economy. As a cash crop, cassava generates cash income for the largest number of households in comparison with other staples. It is produced with relevant purchased inputs as frequently as and in some cases more frequently than other staples. A large proportion of total production, probably larger than that of most staples, is planted annually for sale.

As a food crop, cassava has some inherent characteristics which make it attractive, especially to the smallholder farmers in Nigeria. First, it is rich in carbohydrates, especially starch and consequently has a multiplicity of end uses. Secondly, it is available all year round, making it preferable to other, more seasonal crops such as grains, peas and beans and other crops for food security. Compared to grains, cassava is more tolerant of low soil fertility and more resistant to drought, pests and diseases. Furthermore, its roots are storable in the ground for months after they mature.
In addition, its roots (and leaves) are not meant to be consumed raw. Theyonsumption since they contain cyanide which is poisonous and has been linked both to ataxia (a neurological disorder affecting the ability to walk) and chronic pancreatitis.

Nigeria is the largest cassava producer globally, accounting for about one-fifth (21%) of total production worldwide. The demand for cassava and its constituents is high in the domestic economy. However, the supply has been unable to meet the huge demand.
Some of the cassava by-products and derivatives are ethanol, cassava-based constituents in sugar syrup, high-quality cassava flour, garri (a fine to coarse granular flour of varying texture made from cassava roots), cassava-based adhesives such as cassava starch, caustic soda, formaldehyde, hydrochloric acid and sodium silicate.
Overall, from the total output of 59.5 million metric tonnes of cassava produced in the country based on 2018 estimates, Nigeria has the economic potential to generate revenues of $427.3 million from domestic value-addition and derive income of $2.98 billion in agricultural exports of cassava. Furthermore, the local value-addition to cassava via local manufacturing and processing could potentially unlock about $16 million in taxes to the government.

Management of Cassava Production in Nigeria

Today, more than 80 countries throughout the tropics grow cassava, and it is a primary component of the diet of more than 800 million people around the world. It is popular because it is a hardy crop that is resistant to drought and does not require much fertilizer.

What is cassava used for?

Cassava is a rich, affordable source of carbohydrates. It can provide more calories per acre of the crop than cereal grain crops, which makes it a very useful crop in developing nations. People prepare and eat cassava in various ways in different parts of the world, with baking and boiling being the most common methods. In some places, people ferment cassava before using it.

Foods that people can make using cassava include bread, which can contain cassava flour only or both cassava and wheat flour, french fries, mashed cassava, cassava chips, cassava bread soaked in coconut milk, cassava cake, cassava in coconut sauce.
Most products use a combination of cassava and a cereal grain to improve texture, taste, and nutritional profile.

In addition to eating cassava, people also use it for feeding animals, making medications, manufacturing fabrics, paper, and building materials, such as plywood, making bioethanol for the fuel
Scientists may eventually be able to replace high fructose corn syrup with cassava or tapioca syrup. Researchers are also hoping that cassava could be a source of the alcohol that manufacturers use to make polystyrene, polyvinyl chloride, and other industrial products.